How sensitive are fire sprinklers?

How sensitive are fire sprinklers?

It’s easy to take for granted simple protection and prevention devices such as fire alarms and fire sprinklers. But these devices, most especially fire sprinkles have high sensitivity.

As a homeowner or hotel owner, you may need to understand what fire sprinkles do and how sensitive they are so you won’t use them to your disadvantage.

What is Fire Sprinklers?

Fire sprinklers are devices that trigger the flow of water whenever a fire breaks out. It is commonly placed on the ceiling and is installed by groups. In a nutshell, it is composed of a system of piping that is sometimes connected to a fire alarm system. When a fire breaks out and the fire alarm sets off, the fire sprinkler automatically releases water to attempt to put off the fire.

Do not mistake the fire sprinklers with the smoke detector. Oftentimes, a smoke detector can set off the fire alarm when smoke from anything that is burning or even from a cigarette reaches the sensor. However, smoke is not enough to set off a sprinkler.

However, because smoking is now prohibited in most public buildings modern smoke detectors are more sensitive than models from years past. In more advanced buildings and structures, when the smoke detector detects smoke in the vicinity, it also triggers the sprinkle.

How do Fire Sprinklers Work?

A fire sprinkle is a small device attached to the ceiling. It has a small glass bulb containing a heat-sensitive liquid or the less common fusible metal link. Once a fire heat reaches this part, it triggers the sprinkle head to release water.

While it doesn’t pour out a pail of water, it releases water like a rain shower. Ordinarily, it is fast enough to put off a developing fire. For example, the most common sprinkler you can find in your local hardware store is the one with red glass. This device will activate when the temperature reaches 155 degrees Fahrenheit.

Can Vapor from e-cigarettes set off the fire sprinkler?

Unfortunately, no. As you may be aware, e-cigarettes can produce vapor like other devices such as vapes. While they can trigger a smoke detector and the fire alarm, the vapor itself is not enough to set off the fire sprinkler.

In the case of ionization smoke detectors, the alarm is triggered when particles disrupt the flow of electricity. On the other hand, optical smoke alarms activate when particles scatter an infrared light beam.

With this capability of smoke detectors and fire alarms, it is highly advised to not place them in areas where you usually smoke. Some of the places where you should not put a smoke detector are in the bathroom or kitchen.

Having said that, vaping or smoking an e-cigarette is not enough to trigger a fire sprinkler.

How much fire can trigger a fire sprinkler?

Fire sprinklers are designed to be quite sophisticated. While they are sensitive to fire, it usually requires between 155-165 degrees Fahrenheit before they can release water.

This particular functionality is important because it prevents further damage to the entire building. In the usual course of business, only one or two sprinklers are needed to successfully contain and extinguish most fires.

Why is it important to have fire sprinklers in my home or establishment?

Fire sprinklers are very important devices that you can install in your home or your establishment.

They can catch flames at the earliest chance possible to prevent them from getting bigger.

While many people believed that fire sprinklers can cause more destruction as water is released from the sprinklers. However, sprinklers can limit the heat and smoke that usually damage a small area of the property.

Moreover, it buys people valuable time to exit the building safely. Sprinklers are a must for bigger homes and buildings. Fire sprinklers are required by government authorities among business establishments.

What are the myths of fire sprinklers?

There are many myths about fire sprinklers, which prevent people from investing in these devices. In this section, we will debunk some myths related to fire sprinklers.

Myth 1: There’s a big risk that fire sprinklers will lead to an accident discharging water and destroying the things indie the home and establishment. The truth is, there are only 1 in 16 million risks of fire sprinklers activating without fire. Ideally, fire sprinklers must detect the presence of fire to set off.

Myth 2: A smoke detector provides enough protection.
There’s no denying that smoke detectors can help warn you of rising smoke. However, it is important that you also have a fire sprinkler in place to protect your home from sudden fire. The best thing about fire sprinklers is that they can set off automatically once there is fire. Before you reach the affected area, the fire sprinklers have already worked their wonders. This is very helpful especially if you have kids in the home. A fire sprinkler can buy you time to get out of the house before everything gets worse.

Myth 3: Residential fire sprinklers are too expensive and will make housing unaffordable.

Home sprinkler requirements are now recommended in all major “model” fire codes to keep homes safe ad secured. While there are majority groups who block the requirements of home sprinklers in homes, they have also spent some millions on the campaign.

What we want to you think is this: While sprinkles can incur added cost during installation, they can also increase the value of your home. Years from now, your sprinklers will still be working well. As homeowners start to look for homes with sprinklers, your home could be a priority choice. 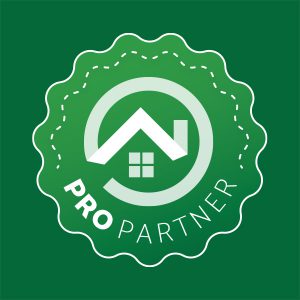